Buriram United's plan of making it to Asia's top 5 took a body blow as they were beaten 2-1 by Pohang Steelers.

Two goals from the Koreans midway through the first half knocked the stuffing out of the Thai champions. First up, Kim Tae Su's deflected shot found its way into the bottom corner, and then Kim Seung Dae beat Siwaruck with a precise lob.

Buriram were easily second best in the first period, but they shuffled their formation after the interval and caused Pohang a few problems.

In the 70th minute, substitute Adisak headed one back to set up a rousing finale for the vast majority of the 10,610 in attendance. After that, Pohang basically left nine men back in defence to hold on to their lead. The did that efficiently enough to claim their first win in Group E.

In the other group match, Shandong Luneng caused a surprise winning 3-1 at Cerezo Osaka. Next up for Buriram is a double header with Cerezo Osaka. The Thai side possibly need four points from this to have any realistic chances of qualifying. 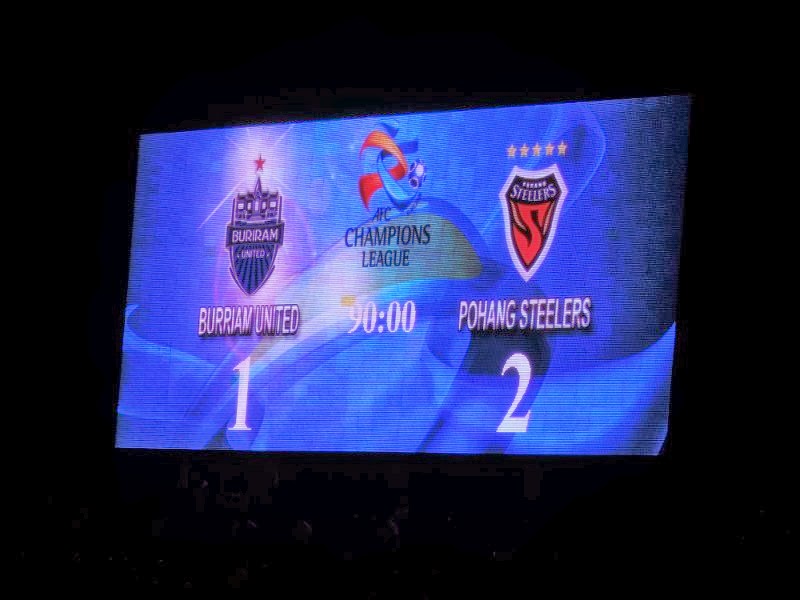