The Thai sides will be underdogs this Saturday as they try to overcome the final hurdle in qualifying for the AFC Champions League group stages. Last weekend Chonburi beat South China 3-0 while Muangthong saw off Hanoi T&T 2-0 to set-up these showdowns.

Chonburi probably have the more difficult task out of the two Thai sides. The fact that it barely gets above freezing at this time of year in Beijing will hardly help the Sharks.
In Chonburi's favour though, the 2014 Chinese Super league hasn't started yet and they'll be hoping the Imperial Guard are still rusty. Also, this will be the first game for new coach Gregorio Manzano who was appointed earlier this week. His appointment comes after the sacking of Aleksander Stanojevic at the end of last season. Whether or not this works in Chonburi's favor remains to be seen.

Meanwhile, Muangthong take the long flight to Melbourne where temperatures will be more akin to their liking. In actual fact, the game won't be played in Melbourne itself. It will be at Kardinia Park which is in the coastal town of Geelong one hour away from Melbourne.
Melbourne Victory are currently coached by Kevin Muscat. Politely speaking, he was regarded as a robust tackler during his playing days. Victory sit fourth in the A League some 11 points behind pacesetters Brisbane Roar. James Troisi is second in this year's A League goal scoring charts and they can boast having the legendary Archie Thompson who holds the all time record for goals scored in an international match. He netted 13 times when Australia beat American Samoa 31-0 back in 2001.
Dagno Siaka didn't travel with the Muangthong squad and neither did the suspended Ahtit. Kawin is included but whether he is fit enough to start appears doubtful.

EDIT: Latest rumours just in suggest that Scott Cooper has handed in his resignation notice after disagreements with the Muangthong board. This match will be his last one he'll take charge of.
Also Ri Khwang Chon has apparently been refused entry in Australia due to his North Korean nationality. 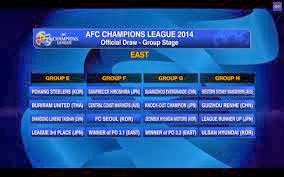 Buriram United face a repeat of last season's Toyota Cup as Nagoya Grampus return to the Land of Smiles. In 2013, two goals from Jungo Fujimoto won they day for the Japanese side.
There is a cup to play for so it will be taken seriously. However, I'm sure beating Muangthong in the King's Cup two weeks ago would have been seen as a bigger priority for the majority of the GU12.


Regional Leagues
Finally, the regional leagues start again this weekend. There are too many divisions and teams for me to submit weekly reports and updates. However, I will still try to get to some matches throughout the season and will cover the end of season playoffs. Best of luck to all the 83 teams that are involved.
Posted by BKK Football Blog at 12:29 PM