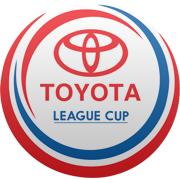 The Lamphun Warrior came from two goals down to take the first scalp of the tournament. With 64 minutes played, the regional league side were trailing 2-0 and seemingly heading for the exit door. However, a three goal blitz in four minutes saw them come from behind to send the White Elephants home with their trunks between their legs.

All ties are one off games and must be concluded on the day. Extra time and then penalties will be used if the sides cannot be separated.
The * mark indicates ties which will kick off at 3.30pm. The reason for the early start is because these stadiums don't have floodlights. If these ties go to extra time and penalties, the 3.30pm start should allow enough daylight for the game to be completed.
The travelling TTM thrift store is steadily becoming a laughing stock as the club have been wandering from pillar to post searching for a venue for their cup tie with BEC Tero. It was possibly Lopburi, then Minburi before Saraburi was considered. In the end Thanyaburi (60th Anniversary Stadium) was settled upon as the venue.
Last season, Esan Utd, BBCU, Army Utd and Chainat of the TPL all lost to lower league opposition in the first round. The current TPL roster will need no reminding not to underestimate their lower league opponents.
And who can forget the administrative balls-up at this stage last year which left Samut Songkhram with only 8 eligible players to field at Kalsasin. Fortunately for the fax man, his blushes were spared as Samut Songkhram's eight men won 1-0.
The live SMMTV games are Luk Esan v Buriram Utd on Saturday and Samut Prakarn Utd v Songkhla Utd on Sunday.

Posted by BKK Football Blog at 6:24 AM