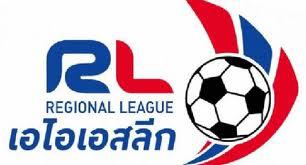 The 84 team regional league has expanded from five to six divisions for 2013. The leagues (except the South) are set to start this weekend.
Below are the listed teams for each region: